After you defeat Gym Leader Ramos in Coumarine City, you head south to Lumiose Badlands.

Sometimes the wind in this area will increase, slowing you down.

The wild pokémon in this area can be seen digging underground. Repel doesn't reduce encounters with these pokémon. If you stand still when a digging spot passes by, the wild pokémon might leave you alone. If you walk up to a digging spot, the pokémon will pop out and attack. You can encounter Dugtrio, Gible, and Trapinch this way. Also, if you bring a pokémon that knows Rock Smash, you might encounter wild Graveler and Slugma after you break a rock.

There is a hidden Star Piece southwest from the Route 13 sign and the construction worker that are just south of the gate between Route 13 and Coumarine City.

Use your Dowsing Machine northwest of there to find a hidden Nest Ball.

Go southwest from there and use your Dowsing Machine to find a hidden Heat Rock south of the skating rail.

Now use the skating rail. You need to be skating quickly when you jump onto it so that you can skate over the dent in the rail. If the wind is blowing, wait for it to stop before skating toward the rail.

On the other side of the rail, use the rail to the north, then use your Dowsing Machine to find a PP Up on the rock.

Use Rock Smash on the nearby boulder. Use your Dowsing Machine and walk south along the narrow path. There is a hidden Hyper Potion on a rock on the left side.

Now go to the northeast area of the desert. There is a skating rail here, and it has a dent in it, so you need to approach it quickly. Don't try skating onto the rail if the wind is blowing.

Go south and jump down the ledge. There is a bridge to the east, but it doesn't go anywhere (for now). Go down the skate rail or go west and south. The southern end of this skate rail is near another bridge. If you go west of this bridge, you can use the Dowsing Machine to find a hidden Guard Spec.

Go east across this bridge and walk behind the little house. Use the Dowsing Machine to find a Fire Stone at the end of the path there.

West from the bridge, there is a rock that has a hidden X Accuracy on it that you can find with the Dowsing Machine.

Go south to find another bridge. In the distance you can see an item. You can jump across the gap toward the item to reach it. It's a Flame Plate.

Go back across the bridge and go west. You will reach a trail near a sign. Follow the trail west of the sign. The trail splits and goes south, but there is a worker blocking the path to the south. West of that worker, there is a skate rail. Approach the rail quickly to get past the dent in the rail. Then follow the path and go down the small slope to reach the Sun Stone in the pit. Then go south and jump over the ledge.

Go north from here to find a bridge. There is a Team Flare Grunt standing on the bridge. The battle begins when you approach the Grunt. The Grunt has a level 31 Houndoom and a level 33 Golbat.

After the battle, the Grunt realizes that he dropped his Power Plant Pass, and says that it's nine steps east of where he's standing. Turn on your Dowsing Machine and walk east. The Power Plant Pass is on the big boulder to the right. Take it, then walk past the Grunt and go north, then check on the door to go into the Kalos Power Plant. 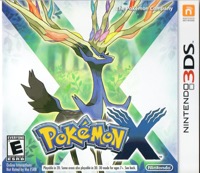 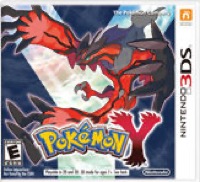