Voltorb Flip is a game that you can play in Pokémon in order to win coins, which you can exchange for items and pokémon. It is a game of luck, but with a little bit of strategy you can reduce the guesswork and increase the chance that you will win the game. The more coin collecting you do, the better prizes you can get in the game.

Your goal is to find all of the cards in the grid that say 2 or 3. Since the cards only multiply your current coin total, finding a 1 never has any effect on the number of coins that you have. The 1 cards just allow you to stay in the game.

If you flip a voltorb, you lose all of the coins that you accumulated in the current game (although you keep all the coins that you won in previous games.) Additionally, if you flipped fewer numbered cards than the level number of your current game, you drop down to that number level. In other words, if you are on level 5, for example, and you only flip two numbered cards before flipping a voltorb, you drop down to level 2.

Step 0: Flip all the cards where there are no voltorbs

Sometimes you get a grid where a row or column has 0 voltorbs. You should flip all of the cards in that row or column, because you know that they are safe. This will also help ensure that even if you do flip a voltorb, you might have flipped enough cards not to drop down to a lower level.

To get a good strategy for winning Voltorb Flip, one of the important things to keep in mind is the fact that you only need to find the twos and threes. You never need to find any of the ones. What this means is, if you can tell from the current state of the grid that a square, row, or column, can only have either voltorbs or ones, but not any cards with higher numbers, you can choose Open Memo and mark those squares with a voltorb and a 1. Then you can safely leave those squares alone.

Step 2: Use logic to narrow things down

Once you have flipped all the cards in 0 voltorb rows or columns, and once you have marked all of the rows and columns that are definitely going to either be a 1 or a voltorb, the game gets risky, but you might be able to use logic to safely flip or mark more squares. The squares that you haven't marked yet are the ones that MIGHT have a 2 or a 3. But there's also a chance that there is a 1 or a voltorb in those unmarked squares.

To use logic to narrow things down, here is what you do:

Step 3: Decide whether to take a chance or play it safe

If you have marked all of the 1s and you have flipped over any cards that you can safely flip using logic, then the game becomes entirely based on luck. If you wish, you can try to flip over a card at random and hope that it isn't a voltorb. If you do this, try to flip over a card in a row or column that has a low number of voltorbs in it, along with a high number total for that row. But it might be better to just quit the game and take the coins that you earned so far. This is what I would recommend if you have already flipped over enough cards to not drop down any levels, or if you will only drop down one level. This way, you will still earn some coins, and you can try this level again afterward.

It might even be a good idea to flip over any 1s that you are reasonably sure about, because this will increase your flipped card count, giving you a better chance of staying at the current level if you flip a voltorb later. It even reduces uncertainty in the grid, and might even be enough to help you figure out the location of more twos and threes. 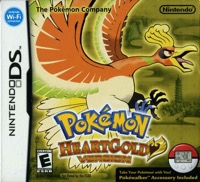 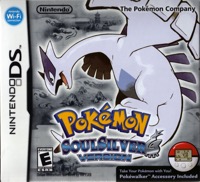