This page lists the ocarina songs that you can learn in Ocarina of Time, with instructions on how to learn each one.

If you attempt to play these songs before learning them in the game, they will not do anything.

LURLUR / (3DS: XAYXAY)
Effect: If you play this song while standing on or near a Triforce Symbol, you can open doors and make other things happen.

How to Learn Zelda's Lullaby

Complete the Inside the Deku Tree dungeon, then sneak into Hyrule Castle and meet Zelda. After you leave the castle, Impa teaches you Zelda's Lullaby.

DRLDRL / (3DS: RYXRYX)
Effect: Playing this song will contact Saria, who will give you some helpful information about what to do next in the game. There are also some other places in the game where you need to play this song in order to proceed.


How to Learn Saria's Song

After you meet Zelda, go back to the Kokiri Forest and find Saria in the Sacred Forest Meadow. Talk to Saria and she will teach you Saria's Song.

How to Learn Epona's Song

As a child, go to Lon Lon Ranch and talk to Malon until she says "let's sing together," then play your ocarina while standing near Malon, and she'll teach you the song.

How to Learn Sun's Song

Go to the gravestone in the back of the Kakariko graveyard, stand on the Triforce symbol, and play Zelda's Lullaby. Some lightning will break open the grave. Fall into the hole that appears, go to the back room, and read the wall. It teaches you Sun's Song.

RADRAD / (3DS: YLRYLR)
Effect: Play this song near a blue Time Block, and the block will move, or disappear. Try playing it if Navi turns green, because a hidden Time Block may appear there.

How to Learn the Song of Time

After you get the three Spiritual Stones as a child, go to Hyrule Castle Town Market. After the cut scene, dive into the moat to get the item that Zelda threw into it. You will learn the Song of Time.

ADUADU / (3DS: LRALRA)
Effect: Play this song to make it rain. You can play the song in various places to cause various effects. For example, if Navi turns green, playing the Song of Storms might open a hole in the ground or make fairies appear.

How to Learn the Song of Storms

As an adult, go into the Kakariko windmill, go up to the angry-looking guy, and use your ocarina. The angry guy will see it and teach you the Song of Storms.

AULRLR / (3DS: LAXYXY)
Effect: Warps you to the Sacred Forest Meadow near the entrance of the Forest Temple.

How to Learn the Minuet of Forest

As an adult, go through the Lost Woods and play Saria's Song for Mido when he blocks your path. Go through the maze to reach the Sacred Forest Meadow. Sheik will teach you the song there.

DADARDRD / (3DS: RLRLYRYR)
Effect: Warps you to Death Mountain Crater near the entrance of the Fire Temple.

How to Learn the Bolero of Fire

As an adult, get the Hookshot in Kakariko Village, then go Goron City and detonate a bomb to stop the rolling Goron. Ask about the dragon, then ask about the Gorons. Then go into Darunia's room and pull the statue away from the wall. Go through the hidden passage behind the statue, then use the Hookshot to reach the other side of the broken bridge. Sheik will teach you the song there.

ADRRL / (3DS: LRYYX)
Effect: Warps you to Lake Hylia near the entrance of the Water Temple.

How to Learn the Serenade of Water

As an adult, go to Jabu-Jabu's Fountain (behind the throne room of Zora's Domain). Jump across the ice chunks to reach the Ice Cavern. Sheik will teach you the song in one of the rooms of the Ice Cavern.

LRRALRD / (3DS: XYYLXYR)
Effect: Warps you to Kakariko Graveyard near the entrance of the Shadow Temple.

How to Learn the Nocturne of Shadow

Complete the Water Temple, then go to Kakariko Village. After a cut scene, Sheik will teach you the song.

ADARDA / (3DS: LRLYRL)
Effect: Warps you to the Desert Colossus near the entrance of the Spirit Temple.

How to Learn the Requiem of Spirit

URURLU / (3DS: AYAYXA)
Effect: Warps you to the Temple of Time.

How to Learn the Prelude of Light

As an adult, complete any of the six temples, then approach the pedestal of the Master Sword in the Temple of Time. Sheik will teach you the song there. 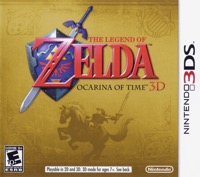 The Legend of Zelda: Ocarina of Time for Nintendo 3DS 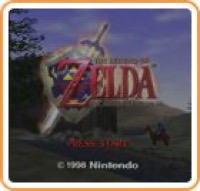 The Legend of Zelda: Ocarina of Time for Nintendo Wii U
Get help with games!
Go to list of all games

The Legend of Zelda: Ocarina of Time for Nintendo 3DS

The Legend of Zelda: Ocarina of Time for Nintendo Wii U